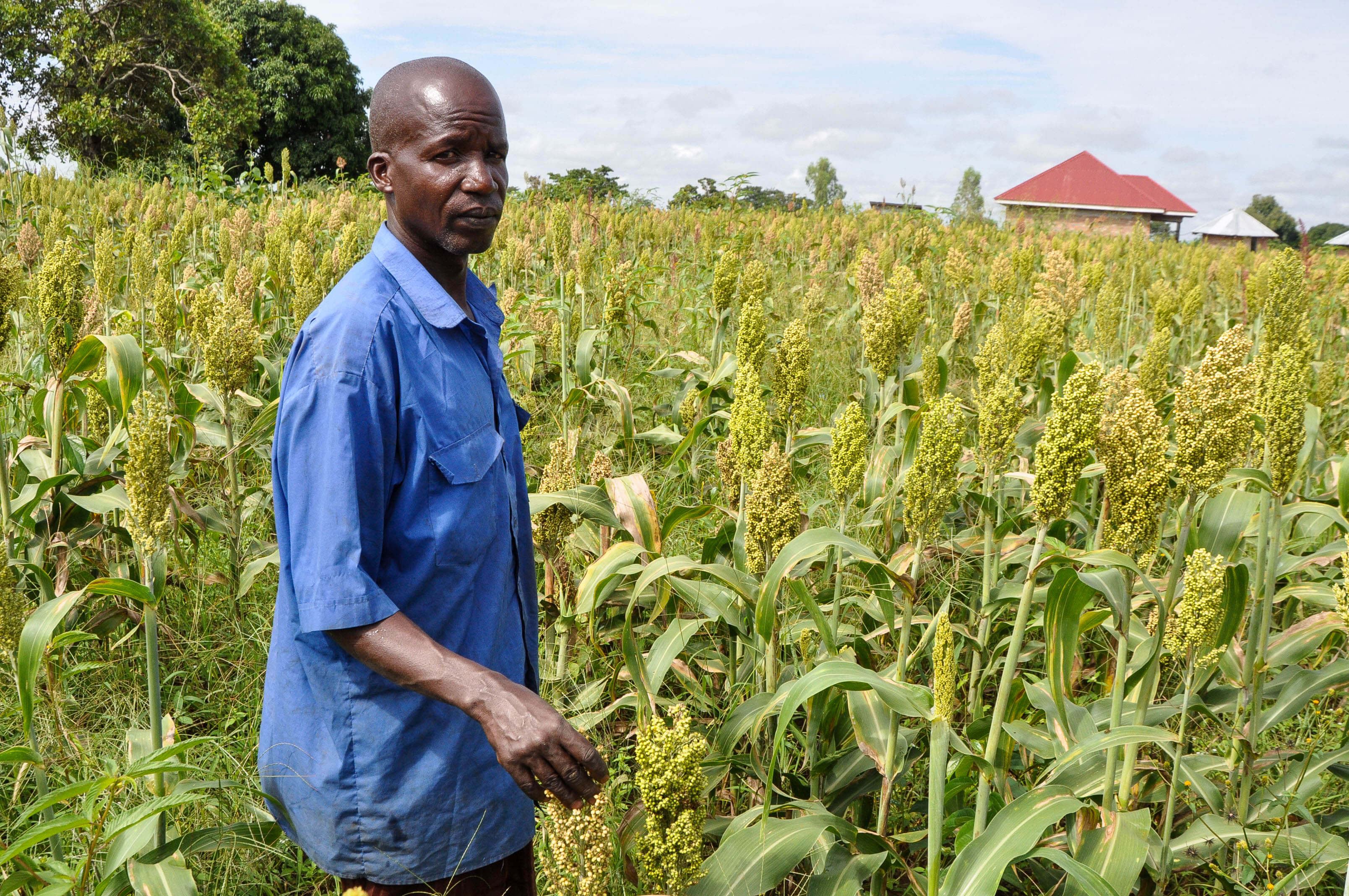 Through our Local Raw Material program we provide farmers with the necessary seeds to grow the grain we need for our processes. We educate them on how to achieve the right quality and subsequently provide the market once the crop is harvested.

We infuse an annual average of about Ushs 20 billion into farming communities and value chains to obtain locally grown raw materials for our brewing operations. We have also invested over USD $10 million into the local grain sector promotion including large sorghum trials in Ngenge/Kapchorwa and Nwoya in the last seven years.

The benefits to the communities are huge as the standards of living have improved over the years. Because we guarantee market, farmers and various suppliers are able to plan for and see increased income which has translated into construction of permanent homes, access to available healthcare, better nutrition and ability to send their children to school. Some have improved their transport means through purchase of motorcycles and cars following their crop sales.

It is important to point out that through our LRM agenda there has been women empowerment. 50% of the materials are grown by women or women groups. When it comes to contracted agents who bulk the crop for delivery to UBL, 60% of individuals and company directors are women.

If you consider the above, the impact on the economy is immeasurable. We are contributing both directly and indirectly to Uganda’s GDP, whether it is through our own tax contribution or that of the suppliers or through the job creation along the supply chain. We believe that using local raw materials means a reduction in cost of production and Ugandans can also therefore afford our quality products, which they can enjoy as part of their celebrations.

Uganda Breweries has significantly continued to impact the lives of many famers in the country, especially under its Local Raw Material programme.

Under the programme, the company supplies farmers with quality seeds, modern farming equipment and trainings throughout the seasons for improved productivity. Uganda Breweries injects approximately Shs20b annually into farming communities and value chains to obtain locally grown raw materials for its brewing operations.

UBL Agriculture Manager Joseph Kawuki says the LRM programme has been very beneficial to more than 17,000 farmers and their surroundings and a lot more is still to come in all LRM communities.

In 2007, under the EABL foundation, 200 water tanks were constructed under the ‘water for life’ programme to benefit 1,000 farmer households. 15 boreholes were built in the sorghum and barley growing communities of northern Uganda in 2014, there have been several E- green tree planting activities in LRM growing communities,” he says.

He adds: “We are glad that the initiative has bettered farmers’ lives and the people around them we are not about to stop. Our offices are open to any farmer that is willing to grow any of the crops above.”

Because we guarantee market, farmers and various suppliers are able to plan for and see increased income which has translated into construction of permanent homes, access to available healthcare and ability to send their children to school.