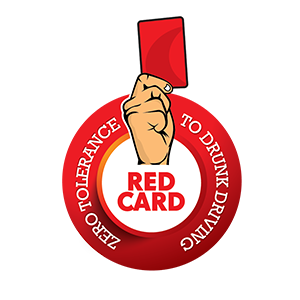 February 26, 2015; Uganda Breweries Limited (UBL) has reactivated the Red Card responsible drinking campaign in Kampala, with the aim of reducing incidences of drunk driving. UBL plans to replicate the success of the campaign in the whole country particularly during the Easter season.

Running for the last 4 years, the Red Card campaign is an initiative by Uganda Breweries Limited to inform, sensitize and engage consumers about the dangers of alcohol misuse.

Speaking about the Campaign, the Corporate Relations & Legal Director UBL, Charity Kiyemba said, “We recognize that our products are unique, and when misused they can be harmful. Therefore this campaign is geared at helping people to make informed decisions about alcohol consumption, including, choosing not to drink.”

“This year’s campaign is dubbed, “Your Night, Your Choices, Your Consequences. Don’t Drink and Drive and the strategy is to appeal to people’s good sense by putting the choices into their own hands. What we are saying is that we can give you all the tools and information regarding responsible drinking but at the end of the day, or night in this case, it is up to an individual to make the right choice,” she added.

The multi-media campaign that is already ongoing in Kampala entails messaging across all media platforms as well actual engagements with the consumers.

So far UBL scouts have been engaging society members at Kampala malls like Shoprite Lugogo, Nakumatt, John Rich supermarket, Garden city among others.

UBL will also carry out activations and engage with consumers in bars at point of consumption, as well as other avenues like gas stations. There will also be responsible serve trainings with bar owners and bar tenders.

Ms Kiyemba appealed to alcohol consumers to take that final step from knowing the dangers of Drunk Driving, to making the good decision not to jump behind the steering wheel after a night out of heavy drinking.

“Ask a sober friend to drive you home. Or drop the car at home before you begin your night of fun and take a cab home,” Ms Kiyemba advised.

According to an evaluation report by Millward Brown, a global research firm, previous Red Card campaigns have achieved tremendous success in changing people’s attitudes and raised awareness on Responsible Drinking.